When Protecting The Australian Coat of Arms is Dangerous and Illegal

Australia’s largest rail-based transport business, Aurizon is urging the local community to keep away from trains and tracks after a number of recent disturbing near misses across Queensland. 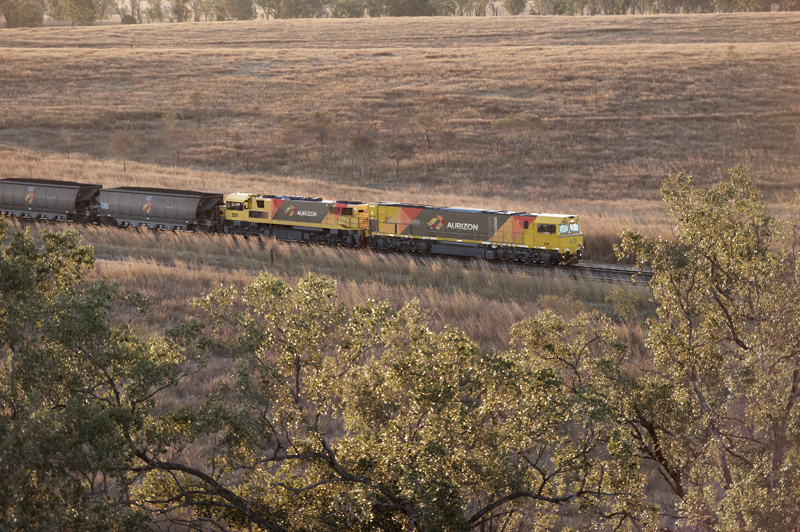 Pictured: The rail corridor is the land on which the railway is built and includes all the property between the fences, or where there are no fences, 10 metres from the outside rail of the outside track.

Aurizon’s Head of Safety Neil Backer cited one incident last week where two wildlife carers followed an injured emu into the rail corridor at Stanwell, inadvertently putting themselves on the path of an oncoming train.

“While the wildlife carers had good intentions to care for the injured emu, by entering the rail corridor, they put themselves and others at risk of being injured or even worse, killed.

“They were fortunate that an Aurizon employee was passing by and alerted them to the danger of an oncoming train, and was able to get them into a safe position,” he said.

“Contrary to what people may think, an approaching fully loaded train is quite quiet and can be very close before being heard. In this instance, the train drivers had to apply the loaded train’s emergency brakes to prevent an accident. It’s quite possible without the quick thinking of the Aurizon employee, we could have had a potentially devastating incident.”

Mr Backer said the rail corridor and tracks should only be accessed by people who have the correct authority and permission to do so.

“Safety is paramount and that’s why it is illegal for unauthorised people to enter the rail corridor. We need to remind the community that our drivers can’t swerve to miss people on the track. It takes nearly two kilometres to stop a 10 thousand tonne coal train even with the application of the emergency brakes.

“Every near miss, incident or fatality on the rail network can have devastating effects on the people involved and can also cause severe and ongoing trauma for our drivers and their families.”

Mr Backer said Aurizon’s message is simple. “Stay off the tracks, and stop, look, listen and think at level crossings. I encourage everyone in our communities to discuss rail safety and to practice safe behaviour around the rail corridor.”

Aurizon has produced an animated Rail Safety video that all families should watch, which is available on the Aurizon You Tube page. YouTube page.

Aurizon owns and operates the 2,700 kilometre coal network in Central Queensland, as well as operating freight trains across the country. Aurizon operates about 160 trains a day and carries more than 250 million tonnes of freight for customers each year.

In circumstances similar to this, or if a member of the public has seen livestock wander on to the corridor, we encourage them to stay clear of the rail corridor and call the Aurizon emergency number on 1800 079 303.